With roots dating back to 1923, Hili Company maintains a strategic focus on the maritime and logistics industries. In parallel, it is also building a solid and prestigious portfolio of businesses in renewable energy and real estate.

The group is captained by Marin Hili who developed and piloted the highly successful businesses which make it up, and set the group on a path of strategic expansion.

As a recognised player in the port terminals and logistics business in Europe and beyond, Hili Company has decades of experience under its belt. Its sharp and tight hands-on management approach led to its businesses becoming leaders in their respective sectors.

Hili Company has applied the same philosophy to its other business concerns, focusing on the development of highly skilled and qualified teams to drive business.

A Shipping tradition dating back to 1923. 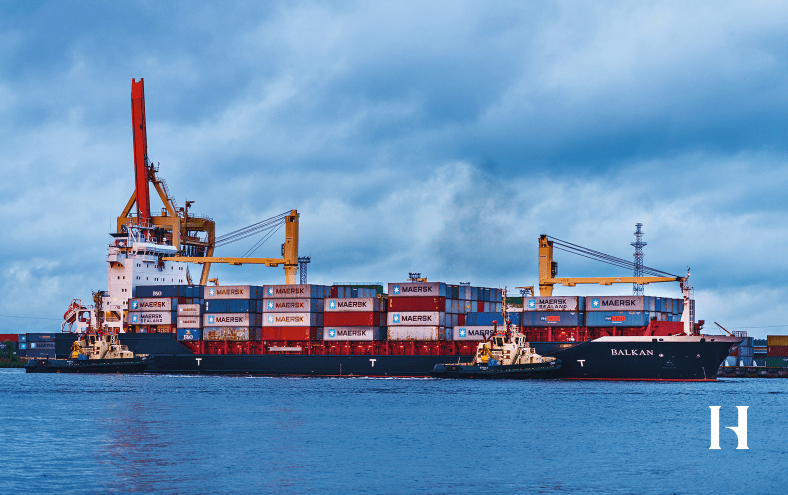 Initially a commodities trading firm, Carmelo Caruana Co. subsequently branched into ship brokering and chartering. Carmelo Caruana, the founder, maintained and developed the business all the way through to the early 1970s.

When Carmelo’s nephews, members of the Hili family, joined the company it started to expand and diversify its portfolio. Led by its Chairman, Marin Hili, what became Hili Company – encompassing Carmelo Caruana and related commercial activities – embarked on a journey which led to the present, pursuing opportunities beyond Malta’s shores and transitioning from being brokers, charterers and agents to principal, taking an increasingly more direct role in port activities.

In the 1990s, Hili Company acquired its first container terminal, BCT, in Riga, Latvia, in what was a watershed moment in the group’s history. It provided the foundations for the development of the core terminals business. This was followed up in 2003 with the acquisition of TIV in Venice, Italy, through a joint venture with MSC.

By the turn of the millennium, the Group’s profile was anchored in three core businesses: port operations and related logistical activities, franchising - holding the McDonald’s franchise in a number of countries - and other businesses, including real estate, engineering and financial services.

In 2012, Hili Company was restructured, divesting it of certain businesses in order to sharpen the strategic focus on growing the port terminals and logistics business, and to develop the energy and real estate arms of the business.

Following a period of development of the Group's portfolio, attention was turned to further expansion. This commenced with the Group re-entering its traditional business with the incorporation of Mariner Shipping in 2017, offering ship agency and other related logistics services.

In 2018, the Group established its first steps into the renewable energy sector with its solar farm project in Benghajsa, Malta under Hili Energy, which was followed by investment in four biomass cogeneration plants in Croatia.

The real estate arm of the Group continued to expand in 2018 with the acquisition of one of Malta's most sought after properties, Strickland House, which is being developed into unique luxury residences in the heart of Valletta.

Most recent, the Group has been expanding further in the ports & logistics sector, namely with the investment in a 30,000m² logistics facility located in Riga, Latvia in 2019, and the awarding to the Group of the management and operations contract for Durres Container Terminal, Albania in 2021.

In view of the Group's deep experience in logistics-related IT sector, Mariner Technologies was recently established to offer IT services for both Group related companies and third parties.

The Group continues to seek new opportunities for growth across its various sectors.