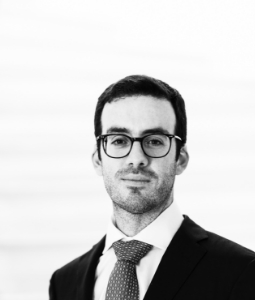 Edward joined Hili Company in 2008  as a financial analyst in the group’s Terminals & Logistics segment, Mariner. He is now responsible for driving the strategic growth and development of the group across all business sectors.  He has led a number of international acquisition and development projects, as well as several capital raising efforts.

Edward has played a key role in expanding the group's portfolio. This now includes the renewal energy segment, with projects in Malta and Croatia, and investments in Manoel Island Yacht Yard and Manoel Island Yacht Marina. He has also driven the growth of the logistics segment through the establishment of Mariner Shipping and the expansion of Mariner Logistics' warehousing and distribution portfolio.

Edward graduated with a Masters in Finance from the University of Cambridge and is an ACCA Fellow.

Edward has served as an independent, non-executive director on a number of regulated financial sector entities.