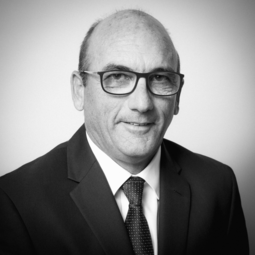 Martin is highly experienced in the port sector having spent over 30 years in the industry. As Chief Operating Officer he is responsible for the execution of strategy and overseeing the operations of the group. Starting off as a trainee, he went on to serve as Operations Manager of the multi-million TEU Malta Freeport for 7 years. During this 18-year period Martin attained a high level of expertise in port operations and, as part of senior management, helped drive large throughput and productivity increases at the Malta Freeport facility. In 2006, Martin brought this experience to Mariner's Venice terminal, TIV.

Initially acting as the terminal's Financial Controller, he then progressed to become Terminal Manager, taking on more of the day-to-day operational management of the company, and was central to the company's re-focusing on its container operations following the disposal of its break bulk and general cargo business. Martin then went on to be appointed General Manager of TIV.

Martin graduated Bachelor of Commerce (Hons) in Management and Public Policy from the University of Malta. He is also a certified public accountant.